Men's Age Group Kona QualifiersIn my age group coverage this month, I am covering one race, St. Croix, that already has a rich history in the sport of triathlon and one, Ironman China, that looks to make its mark as an event worth considering in your qualifying schedule.

The inaugural Ironman China took place on April 20th and looks to be on its way to becoming a premier location for many Ironman athletes.
Ironman 70.3 St. Croix
Let’s start with a review of “The Beauty and the Beast,” and the eighteen men’s qualifying spots for the Ford Ironman World Championships that were up for grabs at St. Croix in the US Virgin Islands. Thierry Verbinnen’s performance was certainly one to note.

The age group athlete from Belgium was the fastest age grouper overall when he posted a time of 4:20 to place tenth overall. Verbinnen boasts a complete swim/bike/run arsenal as his 25 minute swim, 2:25 bike, and 1:29 run on a very difficult course can attest.

Verbinnen hasn’t been to Kona; in fact, to the best of my knowledge, he has yet to do an Ironman, so it’s very difficult to speculate on how he handles the distance, heat, and wind of Kona – not to mention the many other variables that the Big Island has to offer. However, he is certainly an athlete to keep your eye on this October.

The 35-39 age group race saw two athletes that could place very high at this year’s World Championship. James Vavra and Ronan Pavoni each have stellar Ironman credentials with solid performances both in Kona and other Ironman events.

Vavra finished four minutes ahead of Pavoni in St. Croix with a 4:36 clocking. He was five minutes behind Pavoni after the swim, but quickly ate in to the deficit during the bike and eventually passed Pavoni during the run.
Advertisement
Click here to find out more!

Pavoni also has impressive credentials on the Big Island. In 2006, Pavoni recorded an impressive 4:47 bike split on his way to a 9:12 finish and eighth place in the very competitive 30-34 age group race.

Pavoni has recorded a second place at Ironman 70.3 Pucon and another second in St. Croix, so seems to be on pace to have a great race in Kona. Keep your eye on both Vavra and Pavoni to potentially take two of the top-10 spots in the 35-39 age group.

Thomas Waldrop recorded a great time of 5:30 in the 60-64 age group race. Waldrop placed fourth in this age group in 2006 at the Ford Ironman World Championships.

Promote Your Page Too 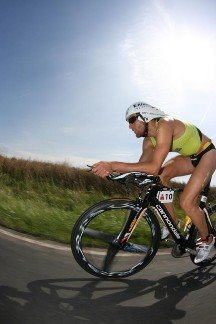 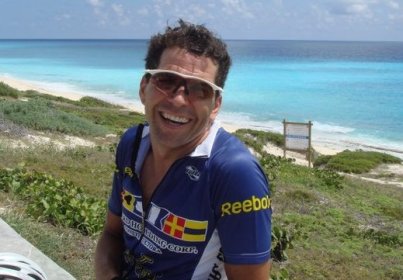